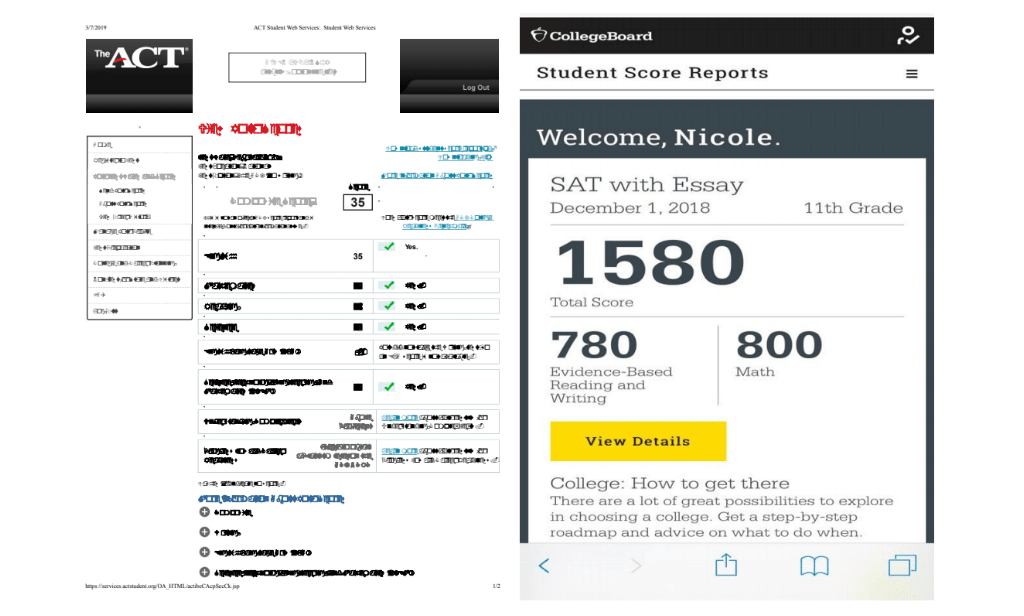 The two exams above are actual exams from former JM students. Let’s first begin our discussion by discussing the format and general purpose of both exams and then debunking a few rumors/questions that we here at JM Learning Prep receive on a daily basis.

How do I pick between the SAT and ACT?

We offer FREE evaluations at our testing centers to stimulate real test-taking conditions, and here’s what’s great! SAT and ACT are exams that test the fundamental ability to perform in a College/University setting based on various criteria. The SAT tests the student’s ability to comprehensively examine new information and divulge that information based on set core learning principles. The ACT tests your ability to regurgitate what information the student already possesses and reformat that information in a highly pressurized environment. Both exams are extremely difficult and require extensive preparation. In order to truly decide which exam is better, you must first be self-aware and second take an exam and see which you score on best.

FAQ’s about both exams

Is the ACT easier than the SAT? Or, vice versa?

No exam is easier than the other. Both exams are equally difficult based on their own merit and each exam tests a certain setlist of criteria that is based on how the student performs on exams. While they test the same basic concepts, the SAT focuses more on problem-solving and logical reasoning while the ACT tests the student’s ability to recall key information throughout High School. While the hardest question on the SAT can be considered slightly more difficult than the ACT, there is more time given on the SAT, thus the difficulty level becomes equalized when factoring time into the equation. Many believe that the ACT is easier because there are more “Easy” questions and while this is true, it is important to note that there are simply more questions in general and their overall weight to produce a considerable score is essentially the same.

Is there a better curve for one of the exams?

No! Many people have heard about the recent horror stories of students getting 5 questions wrong total on their SATs and only obtaining 1470, but the fact remains that the curve on the ACT can be just as devastating. The reason why the curve on the ACT hasn’t gone viral and spiraled in popularity is due to the scoring rubric. Each individual section has its own score and then those scores are averaged to obtain a final “Composite Score.” A student may have lost up to 4 points for just getting one question wrong on his/her Science section, but it won’t be as devastating toward his/her Composite score because that terrible curve becomes mollified by the average of the other 3 English, Math, and Reading scores. In other words, when taking an average of 4 sections, the curve doesn’t directly impact the student’s overall score as opposed to the SAT where the curve will directly impact what score the student receives.

Is the Science section on the ACT going to ask me about the details I learned in my science classes throughout High School?

90% of the material that is on the Science portion of the ACT is from passages about biology, chemistry, earth/space sciences, and physics.

The most common question we get is, “Which exam do I take?” The answer is simple:

We offer FREE evaluations at our testing centers to stimulate real test-taking conditions, and here’s what’s great! YOU DON’T HAVE TO SCHEDULE AN APPOINTMENT! Just stop by 4 hours before our closing hours and say: “I need to take a diagnostic!”

If classes and smaller groups are not for you, please choose individual tutoring. 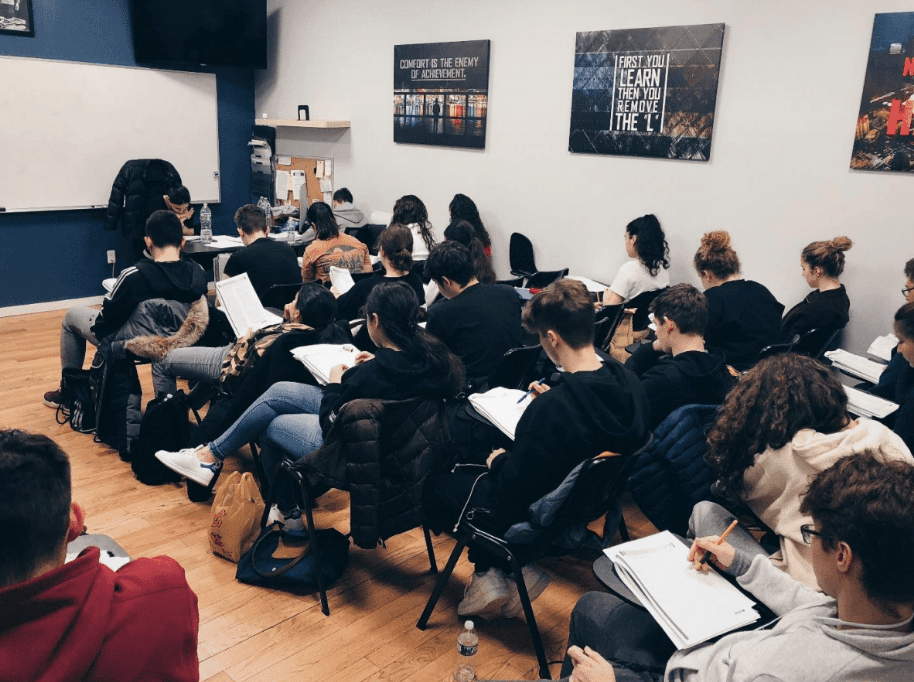